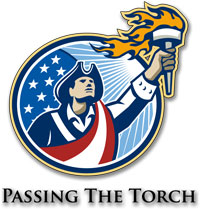 Hi, my online handle is “Boats”, and I’ll be the new administrator. This site is owned by “Cb4life”. It is becoming difficult for him to maintain it because of his ongoing health issues. Cb4life has given me the responsibility to maintain the site as administrator until he is in better health. Sometimes we all need to turn a page and start the next chapter in the story. That being said, there will be no major changes to the site in the foreseeable future. It will be administered as it is. I will be making a post to the site weekly unless something unforeseen happens. Current events, radio and TV media, politics and religion, and our great and loved Constitution will be the mainstay of conversation on this site, but I’m open to suggestion. I never pull any punches with regards to my personal opinions, although I try to keep my writing civil in most respects. I don’t want contributors to pull punches either,… just keep it civil. I am a Constitutional Conservative; I never miss an opportunity to vote in local, state, or federal elections. I am drawn to the Constitution (as it was written by our forefathers) and have put my life on the line to defend it against those that threaten it. I’m a war veteran and served from 1977 to 1998. I have a low tolerance for unbridled liberals. There is a saying that I believe; “Nothing changes if nothing changes!” I encourage anyone else that feels this way to let me know via post or comment. Now for today’s post.

In addition to online sources I also listen to radio and TV media as a research source. Much of what I believe, and hold dear are the same stated core beliefs that “conservative media” articulate. Many of these sources change their opinions as fast as the Missouri weather. I assess people extremely well and know a boot licking schmoozer when I see, or hear one, as I saw thousands of them in the service. I listen to radio daily during my morning and evening commute to my regular job. I have witnessed radio celebrities’ flip-flop back and forth on various issues so they could move up the ladder of fame from radio to TV. They are sell-outs. They are not objective, and no different than those they initiate venomous talking points about. They have the luxury of having research people to gather stories from other sources to first cherry-pick, and then load into their talking points machine gun. They often try to bring interracial integrity to their programming by allowing the voice of diversity to get air-time, and then they deliberately limit that exposure when it benefits them, or when asked to support one of their causes. These radio media people are actually equal opportunity pimps. They pimp equal opportunity time using the disguise of limited broadcasting time. I know who they are and I maintained my silence for as long as I could. They, and their media show are EO pimps and they know it. I’ll continue to listen to them as “commute noise” to hear where they’re coming from on the “EO Pimp Scale”, and then comment about them. Their research monkeys at the unnamed radio station will be held to the test of their own device. I’m watching you J.A., and because you can’t stop doing what you do, you’ll make it easy for me.