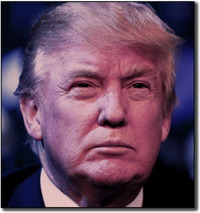 All the protests we see now, since the election of our president-elect Trump. All the asinine comments they have about global warming and dying in the streets is the most infantile, childish, immoral, and spoiled behavior I have ever witnessed in my entire life! My all-time favorite was the statement they resounded that the Electoral College must “change their votes”. Not only are they childish and infantile, but they are absolutely, unequivocally, the stupidest mass group of protestors as well! Hey, morons, the electoral college CAN NOT CHANGE THEIR VOTES AFTER THE ELECTION!! I am glad you morons did not get your way because your not intelligent enough to lead the rest of us. Your mostly just a bunch of spoiled paid activists. When your old enough to raise your own family you’ll find that you were uninformed morons by thinking that way. The ones that always project that way of thinking, do it because they’re getting rich from the morons they get to follow them! Everyone else is trying to work to support their families. The ones protesting now are the selectively unemployed. Here is a link to a YouTube Video that was a remarkable prophecy for it’s time in the 1950s. I call it the “ISM” video

My own sister wanted to vote for Bernie Sanders and professes to be a Socialist. She used to always tout the fact of her Catholicism to me and my wife (but voting for an abortion proponent was Okay as long as it was a socialist, liberal, union lover). My statement to her is give 75% of your assets to the government to redistribute because you can live comfortably on the remaining 25%. What,… you don’t feel that strongly about it? She works for a union (which is exempt from the ACA so she pays nothing for health care) She absolutely hates trump and was shocked that I voted for him. I voted for him because he is what we need! I don’t work for a union, and health insurance where I work at costs about $9600 a year (it costs this much because WE are paying for the uninsured, and minimum wage employees to get free health insurance). Maybe if she had to live like the rest of the non-union U.S. she would have a different attitude about it.

Our country is so sick it needs an emergency room to heal it,… Donald Trump is that emergency room. Donald Trump is that doctor. Donald Trump is the one to decide where to apply the first of many surgical procedures necessary to bring about the improved health of our nation. If a person wants to smoke pot and work then, most of the time, that person gets a minimum wage job that doesn’t perform urinalysis on them like a real job. That same person wants free health insurance and all the free benefits of the person that makes twice as much and contributes more to our society than a fu**king hamburger. My answer is this; Put the dope down, clean yourself up, and get a real, higher paying job. Leave the minimum wage job for the High School students (like it should be) to learn how to be a responsible employee.

The thing that gets me the most is that when Obama won in 2008, and again in 2012 they attacked us for having very minor protests, they called us Bible reading, gun toting right wing fanatics. They called us deplorable, they killed our police officers, and they sold government secrets to the highest bidder. They outright hijacked our countries election process, and forced the Affordable Care Act down our throats without even reading it. The Democratic Party are nothing less than traitorous enemies of the state. They have not helped the disenfranchised minorities ever, no, they give just enough promises to them to get their votes and then leave them wanting real substance instead of promise. Now those same disenfranchised thugs are calling for the rape of Melania Trump, and the killing of Donald Trump. How dare you! Your life will not be worth two cents you idiots! Hashtags are easy to trace! You people put so much drugs and chemicals in your bodies you can’t even think right anymore. The government should sterilize you so you can’t pass on the genetic devoid idiocy that is you! Your beyond my pity.

The Grim Reaper’s Coming to Town Baby, and the Blade is Coming down fast,… you should get out of the street, and get the hell out of our way. You all are a bunch of lying, lazy, racist, self-righteous, greedy, immoral, freedom hating, socialist liberals! You are willing to sell your own nation to get your spoiled way. Most of you have not put your life on the line for your nation, and that’s why your candidate lost the race,… because you have never made a sacrifice for your nation or freedom. You literally HATE our nation, and with so many young men and women returning from embattled  countries to see what you have been doing to our nation THEY voted against you, not with you. You should pray they will be more tolerant with you than you were with them because they know how to fight and defend their beliefs, and here’s a newsflash for you,… their armed and trained!

The last thing I want to say is this; Obama used his pen to pass many laws so he could by-pass our legislative process. I’m hoping President Trump will do the same to crush those same Executive Orders Obama endorsed into law. My very real advice to all you protesters is this; Shut up, crawl into your hole, and pray to your human gods in the left-wing world that the Trump administration doesn’t squash you all with the stroke of a pen, or that he is kind enough to spare you and (like my drill instructor used to say) “fix your minds to get right thinking”.