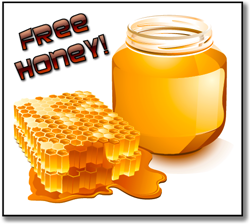 It looks like the Democratic Liberal Propagandists have tried to use the old “Honey Pot Trick” with the public again. If something’s too good to be true,… then it probably is. As of Dec. 10 the CIA and FBI are not thinking alike! The Washington Post NOW says that the CIA and the FBI cannot agree on any hacking attempt by the Russians that posed a credible threat to the election results. The NSA says the information that the Washington Post received is not credible as well. The New York Times and Washington Post are liberal leverage tools that the Democratic Party and its allies use to manipulate mass information, that’s why the liberal machine, through Hillary Clinton’s speeches, created the “Fake News” flap just before puking up the real “Fake News” story about the Russian hacking incident that quoted “anonymous sources”. Seriously!! Anonymous sources are not actionable evidence, and NEVER have been. Their “anonymous sources” were never vetted, and cannot be verified by any other sources. “Pa-leaze”,… Are you fu-shizzlin’ me! They vomit up this lie because then they look or seem more credible in this, their own fake story. It’s more of the same Democratic tactics that people are now very familiar with! The liberal machine knows no other way to stop what has happened in our Great Nation! They publish information saying that reality is one way, as they lubricate the masses for the opposite story they try to pass-off as the truth. It’s the old 180 degree scam they have played for the last 25 years. Their reality is opposite of true reality, and they want us all to believe them. They are the “entitlement generation” where everyone must win a trinket, so they want Hillary Clinton to be the next president, even if it means throwing our Constitution out the damn window. I am convinced that they truly think they can continue to deceive the hard working class people in our country,… even after being exposed as fraudulent “Mass Media Propagandists”.  Their credibility is as low as whale crap. Even the POTUS Obama and his old lady Michelle are trying to play the “lost hope” card. They refuse to try to repair the mistrust they have caused and suffer still further alienation of the voters in the U.S., and their own political party. They are at an all-time low and are desperate to rise above it, even if it kills them!

I hope President Trump prosecutes the Clintons, and all those that have attempted to undermine our great nation through traitorous acts, lies, deception, embezzlement, monetary fraud, and more! I hope he throws out most of the ACA. I hope he Throws out ALL the executive orders that the Obama administration has enacted. Then I hope he uses our legislative branch of government to TRULY PASS constitutionally sound laws that will require all branches of our government in order to repeal them (as our forefathers wanted)! Then, finally, I hope he removes the power of the POTUS to sign executive orders and bypass our Legislative Branch of government. Our POTUS should not have the power of a dictator, and executive order powers give that to the POTUS. We need to eliminate that power for our own protection.

Having none else to blame after all the usual blame-targets have failed, here’s who former president Bill Clinton blamed for the Democratic Party loss: Wayne Allyn Root. Why? Because he wrote a best seller called “Angry White Male”. This book cemented the average white, working, middle class, taxpaying, family loving, freedom and liberty valued American together. It is obvious that Bill Clinton has dementia because that statement made the bond of our resolve even more solid! Here’s what Wayne Allyn Root had to say about Bill Clinton’s comment.