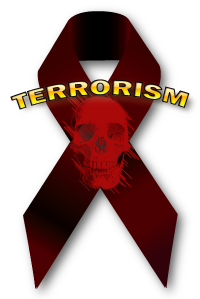 Democrat Liberal Stance on Orlando: This horrible tragedy in Orlando happened because we have no gun control laws. Anybody can buy automatic weapons in the U.S. with no background check. Christians are to blame for their radical stance on homosexuality. Republicans are to blame because of their poor stance on gun control. Radical Islam was not to blame for this (liberals are not allowed to use the words radical and Islam in the same sentence). The U.S. needs to be more like European countries. Gun control is proven and tested there. It’s the best thing for a safe environment here in the U.S., and will stop terrorism.

NRA Stance on Orlando: NRA stated that what happened in Orlando was not the fault of lax gun laws or poor gun control, but instead on the Obama administrations crippled understanding of human nature, and radical Islamic terrorism. Chris Cox, the executive director of the N.R.A. Institute for Legislative Action said “Gun laws don’t deter terrorists.” He expanded on this point, but generally it goes like this; The U.S. governments idiocy when it comes to following through and following up on suspects is lacking. Political correctness and failure to evaluate suspects using the profiling method allows terrorists to have terrorist operations unfettered in the U.S. The Obama administration and democrat liberals are to blame, not guns.

TFCP Stance on Orlando: The AR-15 is “semi-automatic”, and an M-16 (militarized AR-15) is “automatic”. Liberals always want to take away everyone’s guns, but don’t even know the very definite differences between military and civilian firearms. France, Belgium, Denmark, Sweden, Switzerland, Czech Republic, Austria, Finland, Germany, Italy, Poland, and Russia allow their citizens to own AR-15 (semi-automatic) rifles for personal use as long as they get a class B permit. A class B permit is a “Shall Issue” permit in all of these countries if the citizen passes a background check, and in some countries like Russia, a psychological evaluation. The following European and European commonwealth countries have very serious restrictions on them if not an out-right ban on them and other guns: United Kingdom, Scotland, Australia, Canada, Ireland, and South Africa (basically countries from the “Realm of Great Britain.”). Their violent crime rates are higher than the U.S.

According to the website Gun Facts you can find the following information in addition to a mountain of further evidence debunking gun control. Fact: According to the U.N. Office on Drugs and Crime in 2010, the top 100 countries for homicide do not include the U.S, and the top ten countries all have near or total firearm bans. Fact: According to the Dutch Ministry of Justice in 2001 the U.S. has a violent crime rate lower than 12 of seventeen industrialized countries due in large part to the 2.5 million annual defense gun uses.

The problem is not guns, and banning guns won’t stop terrorism. If you want to change the terrorism escalation in the United States, you have to change the way you think. The Obama administration sympathizes with Islamic ideologies and everyone knows it. His administration quells the voice and actions of our Homeland Security thereby allowing the radicalization of Muslims. This is why this problem will not disappear, but get larger. He and his administration are a big part of the problem. You have to first realistically identify the threat, and then realistically identify the weaknesses in the threat. Once these are done then attack the weaknesses in the most unmerciful way possible. You must not stop until the entire threat is eradicated. Most U.S. citizens do not have the stomach for this last part because they have never served in the military and don’t understand the price for liberty and freedom.

In a nutshell we need to do the following: 1.) Identify the Threat: Radical Islam is behind the terrorism in the U.S., and abroad. Non-radical Islamists refuse to assist us in eradicating this threat because of the religious ties they have with them. That being the case a well-known general once said: “The friend of my enemy is my enemy”. Non-radical Muslim organizations, un-cooperating mosques, and un-cooperating Muslim populace are not willing to assimilate into our society. They instead want society to change to their religion or suffer death (according to the Koran). 2.) Identify the Weaknesses: The Muslim weakness is their radical religion, and the desire to bring others into that religion. They also hide money sources and wealth. Their money is used to support Jihad. 3.) Attack the weaknesses: Disallow them from immigrating to the U.S. Do not take any refugees from any Islamic country. All past Muslim refugees must be sent back to their originating country. Disallow Sharia Law in the U.S. Instead of respecting their religion defame it (like they do with Christianity). Instead of allowing them to play nice during Ramadan, bring the battle to them by disrespecting them (like they do with Christianity during Christmas season). When they want to worship in their Mosques cause noise and disharmony (like they do with Christianity). When they want to wear clothing that covers their face force them to remove it by pulling it from their faces. Profile all Muslims as radical Muslims; do not try to differentiate from non-radicals. Place the Muslim religion at the top of a “Radical Watch List” (like the government does with Christianity). Don’t allow Muslims to be judges, lawyers, or scientists or attend our education system or universities. Ban them from owning land, or holding government positions and military service. Treat them as second class citizens. If all these things don’t hurt them enough to want to leave the U.S. then mandate the execution of all known terrorists and seize their family’s assets before deporting these families.

Zero Tolerance is the operative word here. Anyone not willing to allow what I’ve listed here will always have to look over their shoulder because radical Islamic terrorism is a religion, an ideology, a way to bring the battle to us, and they will not stop until they win. I know some of you reading this will think “this guy who wrote this is a Nazi!” I’m a Christian, not a Nazi. The Nazis killed Jews, homosexuals, the infirmed, the elderly, and others not because of the terroristic tendencies but because they were in the way and would not capitulate! Radical Muslims are terrorists! Their Muslim Sharia laws allow them to lie, cheat, steal, kill, and put into bondage any non-Muslims they choose. My last note on this is to absolutely never trust any Muslim ever!