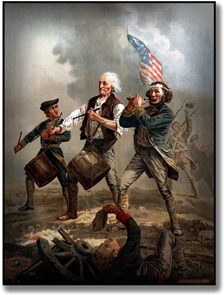 Join together against the democratic liberal socialists and fight! Show them who we are! Amass all we can to step on them! Crush their spirit! TAKE THE FIGHT TO THEM!!! They have George Soros (a foreigner) to bankroll them, so we must assemble against all of them and use our representative republic, our conservatism, and our constitutional mandate to ensure our place in our society! DO NOT LET THEIR METHODS WIN OUT! Prosecute them and take away their money! We can use their 180 degree methods against them (when they say yes they are really saying no, etc.). We are on the precipice of change! Let us turn back the irrationality of liberal, socialist thinking. The Supreme Power has blessed our  endeavors, but we must do the footwork. Let us join hands and change our nation back to our Constitutional way of governance. The way it was before the democrats and liberal thinkers hijacked it. A Representative Republic By the People, and for the People,… ALL People! WATCH THIS VIDEO!