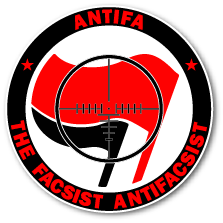 1922, originally used in English 1920 in its Italian form, fascism is a system of government that flourished in Europe from the 1920s to the end of World War II. Germany under Adolf Hitler, Italy under Mussolini, and Spain under Franco were all fascist states.

Mirriam-Webster defines Fascism as: a political philosophy, movement, or regime (such as that of the Fascisti) that exalts nation and often race above the individual and that stands for a centralized autocratic government headed by a dictatorial leader, severe economic and social regimentation, and forcible suppression of opposition

Benito Mussolini (the founder of Fascism), originally defined Fascism as: a 3-Principled, philosophical system of government:

1.“Everything in the state”. The Government is supreme and the country is all-encompassing, and all within it must conform to the ruling body, often a dictator.
2.“Nothing outside the state”. The country must grow and the implied goal of any fascist nation is to rule the world, and have every human submit to the government.
3.“Nothing against the state”. Any type of questioning the government is not to be tolerated. If you do not see things our way, you are wrong. If you do not agree with the government, you cannot be allowed to live and taint the minds of the rest of the good citizens.
The use of militarism was implied only as a means to accomplish one of the three above principles, mainly to keep the people and rest of the world in line. Fascist countries are known for their harmony and lack of internal strife. There are no conflicting parties or elections in fascist countries.

Google has redefined the word Fascism. If you type the word into Google, the definition they provide is quite different. The world’s largest search engine pins fascism on the political right, not the left.

The secondary definition is, “(in general use) extreme right-wing, authoritarian, or intolerant views or practice.”

That’s a striking difference from how the word has been defined for the 9 decades since Mussolini. Google is a liberal, socialist entity known for pushing their agenda onto the populous. This is why they redefine any non-google point of view if they can get away with it. I say use and abuse their search engine, hide your tracks, and block their ads. Screw them!

The Antifa movement is a political movement of autonomous, self-styled anti-fascist groups. The salient feature of Antifa groups is their opposition to fascism by direct action. They are known for their militant protest tactics, including property damage and physical violence. They tend to be anti-government and anti-capitalist, and they are predominantly far left and militant left, including anarchists, communists and socialists. They focus on fighting far-right and white supremacist ideologies directly, rather than on encouraging pro-left policy.

In August 2017, a petition requesting that Antifa be classified by the Pentagon as a terrorist organization was launched on the White House petitioning system We the People. It gathered more than 100,000 signatures in three days, and therefore under policy set by the Obama administration would have received an official review and response from the White House; at over 300,000 signatures, by late August it was the third most-signed submission posted. However, the precedent set by the Obama administration of issuing formal responses to petitions which exceed the 100,000 signature threshold has not been continued by the Trump administration, which has not responded to any petitions on the site. The originator of the Antifa petition, who goes by the pseudonym Microchip, remarked to Politico that getting conservatives to share and discuss the petition was the entire point, rather than prompting any concrete action by the government.

According to the Urban Dictionary they are: Middle-class champagne socialist/communist/anarchist white boys who don’t like nationalists, capitalists, or fascists. They consider themselves to be rebelling against the establishment, whilst upholding all of its ultra-politically correct views. They are considered a terrorist group generally made up of degenerate anarchy loving teenagers, similar to that of the ARA, who hate anyone that is a racist/nationalist/”Nazi”/etc., however, Antifa only dislikes racism when its carried out by whites, and they do not have the intestinal fortitude to stand up against anti-white racism; leading to many people on the right to refer to them as ‘race traitors’. They believe their tactics are for the greater good, but have pretty much ran out of Nazis to chase after so they take it out on anyone else. They beat people up using mace, batons, boots, brass knuckles and anything else at their disposal. They are known cowards, will gang up on you, and only attack in groups. If you see a lone Antifa they have fear on their face.

What Should Be Done About Them?

In Germany, Italy, and Spain they were shot by the citizenry, and left for dead as a sign to the rest of them. It worked well. I think that Antifa is a liberally-backed group that needs to taste the wrath of their opposing citizens. I feel the same about BLM as well. I’m not opposed to literally going to war with them and using deadly force on them because they are the enemy, and they are committing violence against innocent legal residents. They are violent socialist’s that follow the “pied piper” no matter the music. If our country is to be free of these violent types we must be more assertive and violent with them. We should find out who they are, where they go to college, where they hang-out at, and where they live. I say that if they form a violent group, and hurt any legal resident of our great nation then (according to the Constitution and Bill of Rights) we can form our own group and eradicate them with lethal force. After all,… they want a war with us don’t they? Let’s give it to them. Conservatives can easily out-gun them and we have the military training to do it. They won’t graduate from their socialist college. No, they’ll die. On November 4th (the day they want to rise up using violence against us) we should all have our weapons locked and loaded. When they start it we need to finish as many of them as possible, as quick as possible, retreat into the background, and act as though we don’t know anything. It’s what they do. Let’s do it to them once and for all! If the BLM joins them, then we’ll take care of them too. Fuck Antifa, the BLM, and George Soros. I hope they all die on the 4th of November. Then we won’t have to worry about them anymore. Let’s roll!

One thought on “ANTIFA (The Fascist, Anti-Fascist Terrorist Group)”