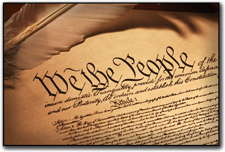 While scrolling through my post-Christmas news this morning I read the story about a Drexel University associate professor’s white genocide comments that sparked the public’s ire, and led to Drexel University officials publicly condemning the tweet.

Ciccariello-Maher is an associate professor specializing in social movements, racism, prisons, law enforcement in the U.S. and particularly in Latin America. According to email correspondence with him from Inside Higher Ed, Ciccariello-Maher claimed the tweets were “satirical”, and commented that he received hundreds of death threats.

He went on to claim it as an imagery concept about white supremacists, and that we need to do our research. He added in further statements that the statement by Drexel University was “chilling” and “While upholding my right to free expression, the statement refers to my (satirical) tweets as ‘utterly reprehensible,” he said.” On the university level, moreover, this statement — despite a tepid defense of free speech — sends a chilling message and sets a frightening precedent. It exposes untenured and temporary faculty not only to internal disciplinary scrutiny, but equally importantly, it encourages harassment as an effective means to impact university policies.”

The associate professors twitter account has been set to private and his poison can no longer be viewed. I have done my research Ciccariello-Maher, and you are a liar in the first degree! Ciccariello-Maher, you are the racist, you are the instigator to public turmoil in our U.S. society. If you don’t like white people (and it’s wholly obvious you don’t) then stop making your living teaching them your racism! Go to your beloved Latin American failed countries and promote your hate there. You’re unbridled “gas-bag” rhetoric is what is wrong with our higher education system! You condemn white people for speaking their opinion, but you think you should be able to call for, and wish for white genocide and expect your hatred and caustic speech to be protected! You are nothing more than an educated associate professor promoting racism, bigotry, racial genocide, killing, and hatred. Research genocide gas-bag, it means killing, and that’s what you promoted by that tweet. If any white people are murdered because of the statements you made you can be prosecuted and imprisoned! Research that! You cannot instigate murder (genocide) without repercussions.

You say you have received hundreds of death threats? I don’t believe you! Because you are one of the progressive-liberal minded educators, you have adopted the tactic of deception, and deceit to promote your hate. Your claims of death threats are likely “fake news”, and you know it. The real tax paying, family-minded, conservative white people do not believe the lies anymore! We became aware of these liberal and progressive tactics 3 years ago. In your twisted mind you think that only white people can be racists. This is because racists have educated and brainwashed you. You twist your historical facts based on opinions you have learned through your teacher’s racist lies. You closed your mind to the warmth of love and racial equality early in your childhood, supplanting it with the poisonous seeds of your racist teachers, and forming your own racism. You are like Barack Obama in that way,… a trained and learned racist.

After tweeting your caustic words you actually think that Drexel University should not have the power to discipline you! More of that liberal progressive thinking! You work for them at their pleasure fool! I hope they terminate your position with them. I hope your students turn their back to you in class. Here is Drexel Universities Social Media Policy (I did the research, maybe you should have). I hate the fact that a tenured professor can spew anything he wants with no fallout. Tenures should be done away with as well. You are the worst kind of racist because you actually believe the racism that you promote against whites is justifiable!

I hope that any offended parties sue you and bankrupt you into obscurity! George Ciccariello-Maher, you are a racist, a hater, and you suck! You should just crawl into your hole with the other hater liberal-progressives!

NEW INFORMATION: 12/27/2016 —  Now Ciccariello-Maher has given his rebuttal to the criticism by the public of his racist statements,… and what do you think it is? He says the white critics are racists! Exactly like I said he would! I knew he would blame his critics for his statement as if we were flapping his racist jaws for him! George Ciccariello-Maher you are not an academic in any viable discipline,… no, you are merely a cowering little professor of racism in that you profess your own racism. Then you twist criticism against you as racist. Your like a little baby shaking a ring of plastic keys, throwing them on the floor expecting mommy to pick them up and give them back to you. Your not a baby, and you don’t get your keys back, racist!